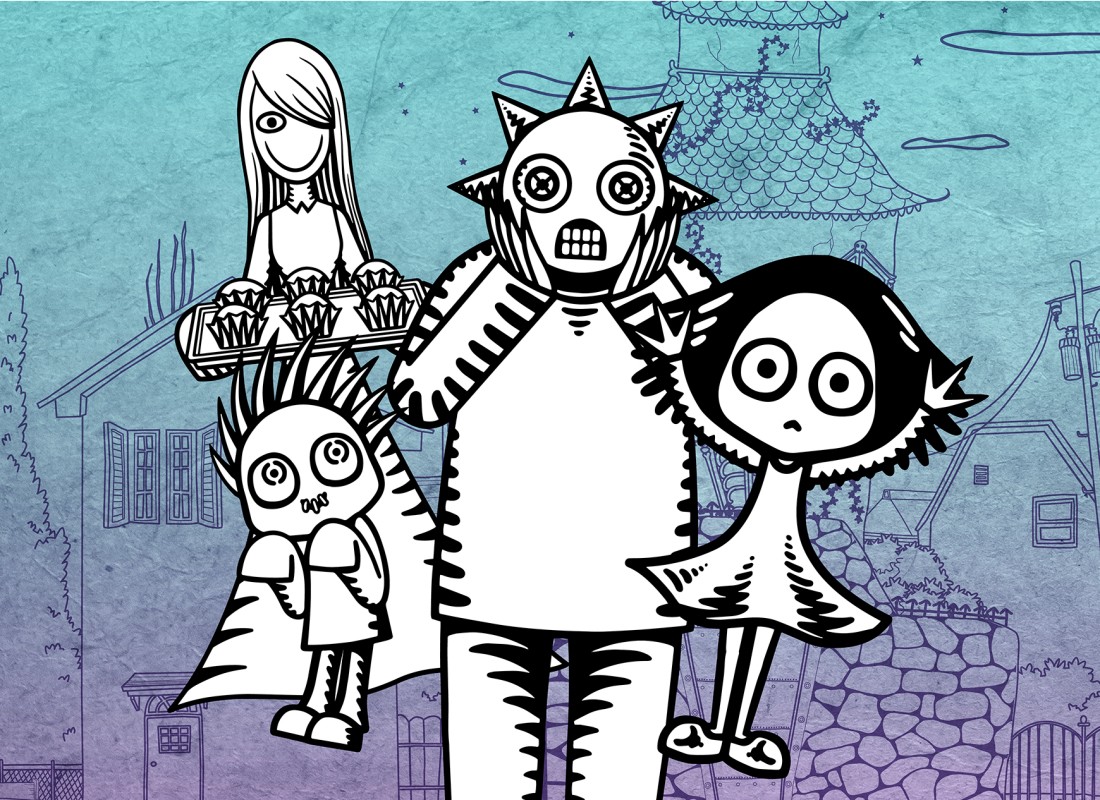 The Forks with Spiky Hands

The Forks with Spiky Hands is a comedic and a gothic styled animated series, starring an unusual family that is sure to leave a lasting impression.
The Fork family has pointy forks as hands, and their sharp hair make them unique in their appearances.
The main character, Tilly, is a very mature girl that dreams of becoming the main character of a horror story.

Mr. Fork, the father, doesn’t wear a tie to work, but instead wears a noose. Unlike his looks, he is a warmhearted and a loving father.
Mrs. Fork makes cupcakes out of the most unusual ingredients that leaves you questioning whether it’s edible, even for animals.
Chabby, the little brother, interacts very closely with animals and befriends them more than people.

The series depicts the daily lives of Tilly and her spooky family in a satirical tone that the viewers are sure to fall in love with.